Overview of the most eco-friendly cryptocurrency for investment Many international companies are trying to maintain the ecology of the environment. In particular, the business aims to reduce carbon emissions into the atmosphere. This trend has also affected the cryptocurrency industry. For example, in May 2021, the electric car manufacturer Tesla suspended the sale of cars for bitcoin due to the negative impact of cryptocurrency mining on the environment.

We decided to find out which coins are the least harmful to the environment and compiled a list of the most environmentally friendly cryptocurrencies.

How to determine the environmental friendliness of a cryptocurrency? The safety of digital coins for the environment depends on the algorithm.

From a technical point of view, all digital assets are divided into two types:

Proof-of-work (PoW) is designed to solve complex mathematical problems using the technical equipment of the miner. Miners are rewarded in the form of cryptocurrency for adding each verified block (information about completed transactions) to the general chain, which is called the blockchain. This process is complex and requires significant computing power. The more powerful the miner’s equipment, the more he can make a profit.

Mining is the extraction of cryptocurrency with the help of special equipment. The essence of mining is to add blocks (newly completed transactions) to the blockchain.

Miners are people who do this work and get rewarded for it.

At the same time, PoW involves a gradual increase in the complexity of cryptocurrency mining. The process provokes market participants to periodically increase the amount of computing power connected to the network. As a result, electricity consumption is growing, which increases the negative impact of mining on the environment.

Proof-of-stake (PoS) is similar to PoW and is used for staking. However, unlike PoW, the essence of how PoS works does not depend on the equipment’s computing power, but on the amount of cryptocurrency investment.

In other words, the goal of proof-of-stake is to lock up as many digital assets as possible in the liquidity pool in order to increase your income level.

PoS does not require powerful computing hardware. Thus, this system is not so energy-consuming and harmful to the environment.

Let’s move on to the list of the most eco-friendly cryptocurrencies that an investor needs to pay attention to.

Rating of the most environmentally friendly cryptocurrencies

This list contains the most environmentally friendly digital coins. Let’s take a closer look at each of them. This green cryptocurrency operates on the basis of the Open Representative Voting (ORV) algorithm. Thus, the Nano platform is based on a voting system instead of using energy-consuming hardware to confirm transactions. This means that platform users must vote on transactions. The project developers position their product as an eco-friendly alternative to PoW.

ORV makes the Nano extremely energy efficient. Thanks to this algorithm, the digital coin managed to top the ranking of the safest cryptocurrencies for the environment. Cardano (ADA) is an eco-friendly cryptocurrency that runs on a PoS algorithm called Ouroboros. The Cardano network processes about 1,000 transactions per second. This is significantly more than many PoW competitors. For example, Bitcoin processes 7 transactions per second. This network transmission capacity of the Cardano makes ADA one of the safest coins for the environment.

Stellar is a fork of the popular Ripple project. The Stellar technology actually has the same capabilities as the Ripple network. Initially, the Stellar platform functioned on the same protocol as Ripple, but in 2015 it switched to using its own code while retaining all the functionality of Ripple.

The main difference with Stellar is that anyone can run their own node to keep the network running. This approach allowed the developers to speed up the system and make it energy efficient.

The high speed of the systems and low energy consumption made the project in demand. Today, many large companies (such as IBM and Deloitte) use Stellar developments. IOTA is a green cryptocurrency that differs from other rating digital coins in that it does not operate on a blockchain but on a special distributed ledger technology. This approach has helped developers move away from energy-intensive consensus algorithms in favor of more energy-efficient tools. The IOTA team plans to continue working on reducing energy costs when working with MIOTA. Such prospects make the project one of the most environmentally friendly in the market. The project developers are working on speeding up transactions on the EOS network so that the system can process a million transactions per second. The project operates on the basis of the PoS subtype—Delegated Proof of Stake (DPoS). This technology, unlike proof-of-stake, allows for a high level of platform decentralization. Also, DPoS makes the project environmentally friendly. Therefore, EOS is on the list of the most environmentally friendly cryptocurrencies today. XRP is a cryptocurrency whose network is supported by a limited number of validators and does not require mining. Among the list of validators, we can distinguish companies such as Ripple Labs and other nodes approved by it, which are owned by crypto exchanges, banks, and other financial partners.

Due to the limited number of validators and the absence of mining, the Ripple network can process more than 1500 operations per second, which makes it the greenest cryptocurrency.

The project works on the basis of the PoS algorithm. According to the official website of the project, the Algorand team wants to make it the first carbon-neutral blockchain network. Algorand developers plan to achieve results through cooperation with the ClimateTrade eco-project.

How much do cryptocurrency transactions consume electricity?

It is also necessary to pay attention to the cost of conducting operations with cryptocurrencies. According to this indicator, you can also determine the level of their environmental friendliness. The lower the electricity consumption, the safer the cryptocurrency for the environment.

For comparison, the transaction cost of the largest cryptocurrency by capitalization – bitcoin – is 1.544 kWh.

The level of security of a cryptocurrency for the environment is determined not by its popularity, but by the peculiarities of the mechanisms of the network of digital assets.

There are already eco-friendly cryptocurrencies in the market. Also in the crypto industry, there is a trend to increase the environmental friendliness of not the greenest cryptocurrency. A striking example of this was the transition of Ethereum to the PoS algorithm.

READ MORE: Investing in cryptocurrency: how to start and reduce risks 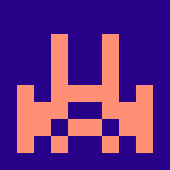 Do you want to start trading?
TRADE
We use cookies to personalize content and ads, provide social media features, and analyze our traffic. View more
Accept